The Comedy of Errors, Year 12 Literature

On Tuesday the 15th of February some of the year 12 literature class travelled to the Royal Botanic Gardens to watch the Australian Shakespeare Company’s production of ‘The Comedy of Errors’. The Comedy of Errors is one of the earliest works of playwright William Shakespeare wrote. It’s his shortest play and certainly one of his most comedic, teeming with slapstick, puns, mistaken identity, old timey wordplay and, in the case of this production, oddly placed Darryl Braithwaite references.

The play served as some historical context and background research into the renowned English playwrights’ techniques and habits, which will be great insight when the class begins studying ‘Othello’ later in the year.

We had such an amazing time and definitely recommend checking out some other productions performed by the theatre company, regardless of whether you plan on studying Shakespeare this year. Going to events like this is so much fun, and you won’t feel bad about going out to the city on a Tuesday night if you can class it as ‘homework’. 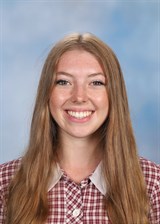