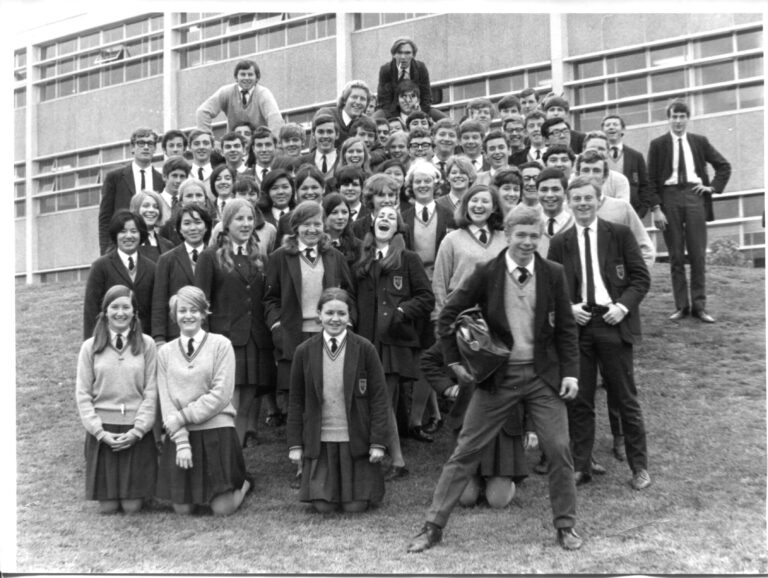 The Archives at Kew High School encompass documents, photographs and other material from the school’s establishment in 1963, and earlier educational institutions such as the East Kew Central School, from where students transferred to Kew High School in its formation year. Recently the Archives received a donation of a family history, whose subject attended the earlier incarnation of Kew High School in the 1880s. The Argus newspaper in December 1888 reported on the achievements, both academic and sporting, of students from this first Kew High School, which was located originally in Cotham Road before moving to Charles Street, Kew.

Donations such as this remind us of the long history of education in the Kew area. The Argus article reported the Principal’s delight thus –

‘for the first time in its history, the number of boys in attendance at the High School has reached a hundred. What is more pleasant still, the tone and discipline of the school and the health of the boarders were never better than they have been during the year now closing’.

No mention of any girls, however, nor the fact that the majority of school students in that year stopped attending school before their 15th birthday, with the school leaving age reduced to 13 years just two years later. How grateful we are to donors who continue to enable us to add to the Archives at Kew High School with interesting and relevant material.

In 2021 we have been busy responding to numerous inquiries from Kew High School alumni searching for information and images from their time at the school. Fortunately, the holdings of photographs are relatively comprehensive from the early 1960s onwards, and we have been able to provide class photographs and photographs of individual students on request. Often working in partnership with the staff of Ourschool, the alumni service for students in state secondary schools, it has been rewarding to be able to assist our school community with information and pictorial material which is uniquely held in the Archives. Similarly, copies of the school’s history Aspire, Strive, Achieve – The Kew High School Story 1963-2013 – which was written for the school’s 50th anniversary, have been sent to alumni keen to engage with their school years and connect with former classmates. 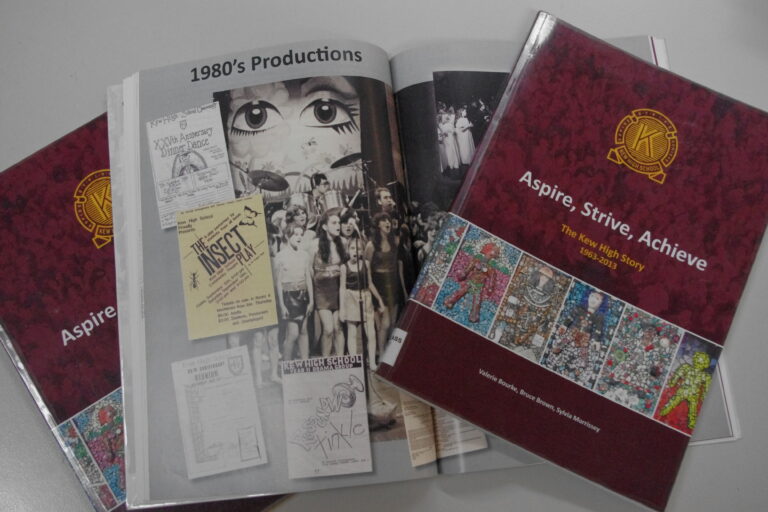 In addition to the conventional materials found in archival collections, we are very interested in adding to the collection with the more ephemeral evidence of the school’s history. The COVID-19 pandemic has created circumstances and an environment at Kew High School which are particular to the last 20 months, and the Archives would welcome donations of material relating to recent events, whether it be in the form of documents, photographs or other less robust items which nevertheless contribute to our knowledge and understanding of the school’s experiences during the year. Of course loaned material will be scanned and returned, and we look forward to hearing from parents, staff and students interested in expanding Archives’ holdings in this way.

Kew High School maintains an Archive of class photographs, school magazines and other memorabilia. If you have class photographs, news of other alumni or other historical material that you think may be of interest to us, please email the Archivist at alumni@kew.vic.edu.au.

If you are trying to track down your own class photographs, please make contact and we will do our best to assist.