The Kew High School Jazz Band was invited to perform at the Department of Education and Training State Principals Conference earlier this term. Our students were outstanding, and the school received many compliments on the quality of the performance and the success of our music performance program. Congratulations to Nyla Alcide Yr12, Noam Geva Yr12, George McMullen Yr12, Max Castree Yr12, Callum Estibeiro Yr12, Ethan Bennett Yr11, Wyni McIntyre Yr9 and Gabriel O’Shaughnessy Yr9. Particular thanks to teachers Adrian Jackson and Kylie Kollmorgen for their guidance and support of our magnificent students. 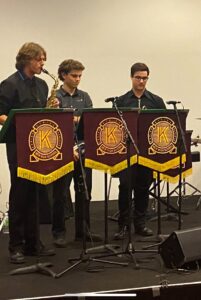 Thank you to Sue de Leon

Sue de Leon retires at the end of Term 2. Sue has been an education support staff member at Kew High School for 14 years. Her work has been integral in building the school timetable and supporting school organisation for many years. She has done a difficult job with unmatched care and grace. Sue will be sorely missed and I thank her for her amazing work at Kew High School. 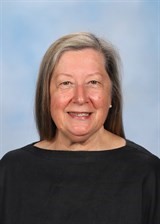 Next term we welcome the re-commencement of the English Language Centre at Kew High School and look forward to rebuilding the International Student Program across the senior school.

There are many benefits to a school community in the delivery of an International Student Program but perhaps the most impactful of these is the influence on the learning and awareness of our local students of our role in a global community.  We are so privileged to learn and work at Kew High School, and the fact that others seek our education from across the world demonstrates so clearly how fortunate we are.

I am sure that our 15 new students will be warmly welcomed next term. I know that they will be well cared for by their Homestay families. One of our Homestay carers was recognised in the Victorian Global Learning Awards last week. Details of the honour are outlined later in the QNews.

Over the past two weeks, Year 10 and 11 students have been practising reviewing and recalling knowledge and skills that have been acquired over a whole semester. The exam block has been successful in simulating the experience of sitting units 3&4 senior secondary exams. Feedback from students has been extremely positive in the manner in which they have been prepared. Students have presented magnificently, clearly taking responsibility for their learning outcomes.

The Year 10 and 11 subschools teams have done an amazing job in planning and preparing for the experience. Teachers who have written rigorous examinations, and who are now marking them in order to provide timely feedback, have also done an amazing job.

The final handover of the STEM Centre will occur over the holidays. Classes will be timetabled in there from the first day of Term 3 – we are very much looking forward to moving into our new space.

Most importantly, the Canteen will be operating from Day 1 of Term 3. The Canteen has been missed sorely this term. We look forward to the returning access to healthy food onsite, and to be able to sit down and eat together.

I am most pleased to announce that we will commence a new project involving repairs to the façade of the main building and the gym roof. It is likely that we will also be able to refurbish some key areas of the school. A consultation process will commence next term with the School Council Facilities Committee, the architect and the staff and students to determine the next steps of our master plan.

In my address to students on Thursday in the General Assembly, I reminded them of the values of the school with a specific focus on PARTICIPATION. In preparing for the speech, I began reflecting on everything that we have participated in this term as a school community – and the list is overwhelming.

I have included part of the text here so that you may see some of the amazing things we have achieved. Many of these events and achievements will be outlined as you read through the newsletter.

Today, I would like to recognise and celebrate participation…

This long list of people are the people who make our school a great school – and I thank you very much for your participation – for your reflection of the value of Participation at Kew High School!

I wish you all the very best for a safe, happy and healthy holiday break. I look forward to seeing you back for Term 3.