A Final note from Musicland

It was great being back on site and even greater hearing the many sounds of Musicland. At the start of term we were not allowed to teach wind, brass or singing in doors so these lessons were held outside. This proved to be more successful than we thought as the sounds of instruments and voices filled the air around the school; and many students and staff said that they really liked hearing the music while in class. It was a bit like where’s Wally, trying to find the instrumental teachers and their classes! Were they outside the theatre? In the library amphitheatre? On the grass near High Street?

As well as music outside, we were able to have an end of term concert on the final day of year 10 and 11 classes. This concert was a huge success and finally we were able to see, and hear, live music after our months of isolation. The concert featured bands as well as solo instrumentals and we were treated to a performance from Gordon, our new Music Captain, playing bagpipe, followed by his brother Lachlan performing on the piano accordion.

We look forward to even more music next year, Happy holidays everyone! 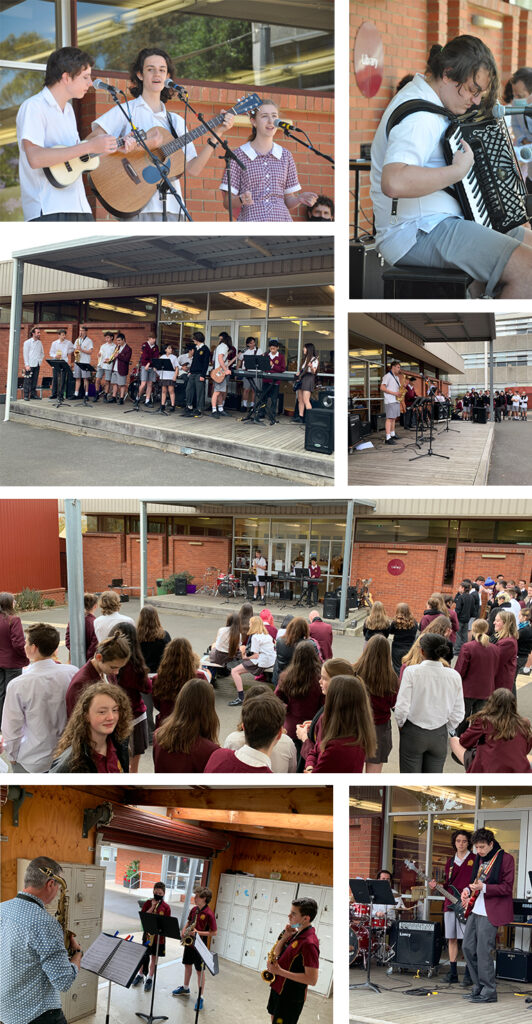